Superstitions had exist in all countries, and it’s not related only to undeveloped countries … And that is the case for South korea. In this article I will give you some of their superstitions and some of them might surprise you !

A common Korean superstition that has been present in South Korean culture for quite some was after the invention of the electric fan. A really random idea from a random person thought that having an electric fan running overnight in a closed room (doors and windows shut) could kill you by either suffocation or hypothermia. This phenomenon is known as, “Fan Death.” You might notice that the weather in Korea in the summer time is very hot and humid. So what’s a good way to cool off your naked body on a hot, humid summer day? Cooling yourself off with an electric fan, of course. The “Fan Death” superstition has become so popular in the Korean culture that companies who make fans started to incorporate timers in these electric fans so that you can set it to turn off by itself when you are asleep.

There was this common Korean superstition that whistling at night should be prohibited in order to keep the ghosts and snakes out of the household. Although there is no significant scientific evidence to back this superstition up, it’s probably just best to not whistle at all since it deals with the supernatural.

There is a Korean superstition that giving your old shoes to someone (even to your significant other) will cause them to run away from you forever.

Rumor has it that touching your eye after touching a moth or butterfly will make you blind. This Korean superstition is not so popular but has been around for many centuries and is still believed by many Koreans.

his Korean superstition is a very interesting and unusual superstition. Depending on how much you believe in superstitions, you can best bet that this one is definitely very believable. There is a belief that when moving out of your old home and moving into your new home can make evil spirits follow you during the process. In fact, there is a calender that shows the evil days and the days where evil spirits are not present. Even to the present day, some moving companies usually often accommodate movers about the days of evil.

We all do this from time to time – shaking our legs. Whether you are nervous or just doing it out of pure habit, you’re about to find out why this is bad for you. Did you know that in the Korean culture, gold and prosperity lies within your legs? Well, this unusual Korean superstition tells you to stop shaking your legs because you will ‘shake’ out your fortune by doing so.

In Korean, the word for “four” has the same sound for the word for death. As a result, many apartments, hotels, and even hospitals have no fourth floor! Elevators will sometimes skip the fourth floor and go straight to the fifth floor or will have a “F” in place of the number “4”.

This one’s pretty straightforward, and basically entails that if you shower within 24 hours of getting vaccinated, you will die. It doesn’t matter which kind of vaccine it is, all of them are considered life-threatening when combined with a shower. The origins of this superstition are murky, and the science behind it mind-boggling.

For Koreans, leaving an umbrellas open means that Somehow we’re all going to die! So make sure to close your umbrella 😉

some couples might not walk to take a walk around the outer wall of Deoksugung, the palace in downtown Seoul across from City Hall and Seoul Plaza. Couples that do so are doomed to break up.he reason for this is not some urban legend, but actually has a firmly rooted historical origin. Seoul Family Court used to be at the end of the street, so to get divorced, married couples would have to follow that path together. “We walked the Deoksugung Wall path together” is a euphemism for breaking up. The court has since relocated, so maybe next it will soon be bad luck for couples to come out exit 11 of Seoul National University of Education Station.

13. Trimming your fingernails at night:

This one is fascinating because of how specific the consequences are. Basically, if you trim your fingernails at night, mice will eat the clippings, and they will be able to transform into human, take your form, or even steal your soul.

What you have to understand about this one is that it goes back before Korea had electricity, so if you were to trim your nails at night you’d have a hard time collecting the pieces. Presumably mice would be equally able to steal your life if you’re just careless while clipping your fingernails in the daytime.

Equally unusual is the superstition prohibiting whistling at night, as well as playing a traditional Korean pipe flute called a piri. If you do so, you will summon snakes or ghosts.

15. People with moles or beauty marks near their mouth:

Don’t get attached to someone with moles or beauty marks near their mouth, People with a beauty mark are believed to be unfaithful.

A wife should never feed her husband chicken wings or the wings of any other winged bird. He might similarly take flight, belly full of chicken wings.

Do you want your kid to grow tall? Rule one: never jump over your baby. Apparently if you jump over your baby, it won’t grow.A slightly safer — but more baffling — belief in this realm is that if you cut your hair short, you will grow taller. This one may be based on the sketchy but empirical evidence that men tend to be taller than women, and men usually have shorter hair. 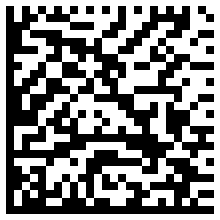 blog that i recommend